Triple A is proud to be able to offer, in partnership with Cumbria Police, an Autism Alert Card for autistic people within Cumbria.

The alert card enables those that carry it to identify themselves to workers in emergency services as being on the Autism Spectrum. It has been designed by Triple A with Cumbria Police to be recognised by their officers but can be used to show personnel from other emergency services such as fire officers and ambulance staff.

To apply for an autism alert card, please email info@tripleaproject.org.uk 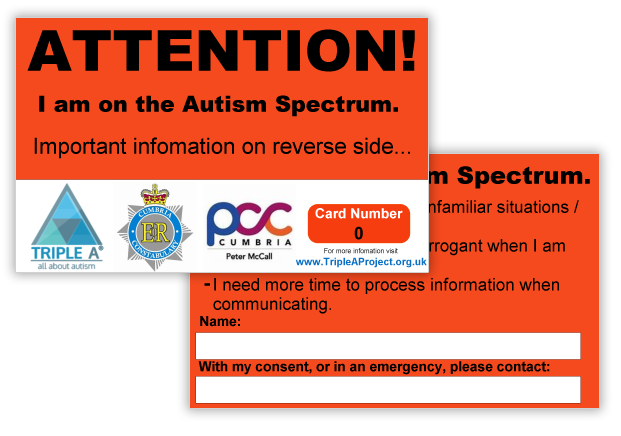